From a young age, Dutch artist Jackie Mulder already felt drawn to doing the unexpected; to break away from the ties that bind us all to this rules-driven world we live in. As a creative, her rebellion was necessary for her to evolve her artistic practice and this resistant nature is still a common thread within her work. After a career in fashion and graphic design, Mulder decided to go down a new route; in 2021 she graduated from the Photo Academy in Amsterdam. Since then her autonomous oeuvre has been featured by several international competitions and publications, including GUP New and Fresh Eyes. She was furthermore twice selected as one of the finalists for the Gomma Photography Grant, and was one of the three finalists of the Fotofestival Naarden Talent Award.

Her project Thought Trails — which explores how the brain works when we let our minds wander — altogether embodies her subversive and experimental approach to image making. Presented as inventive mixed-media creations that combine all of her skills in fashion, graphic design and more recently, photography, they show the beauty of divergence.

In an interview with Discarded Magazine, we ask Mulder about her defiant methods alongside the deeper meaning behind this notable body of work that will be on display in a solo exhibition at Cultureel Centrum Hasselt in Belgium from November 27th 2022 until February 2023. 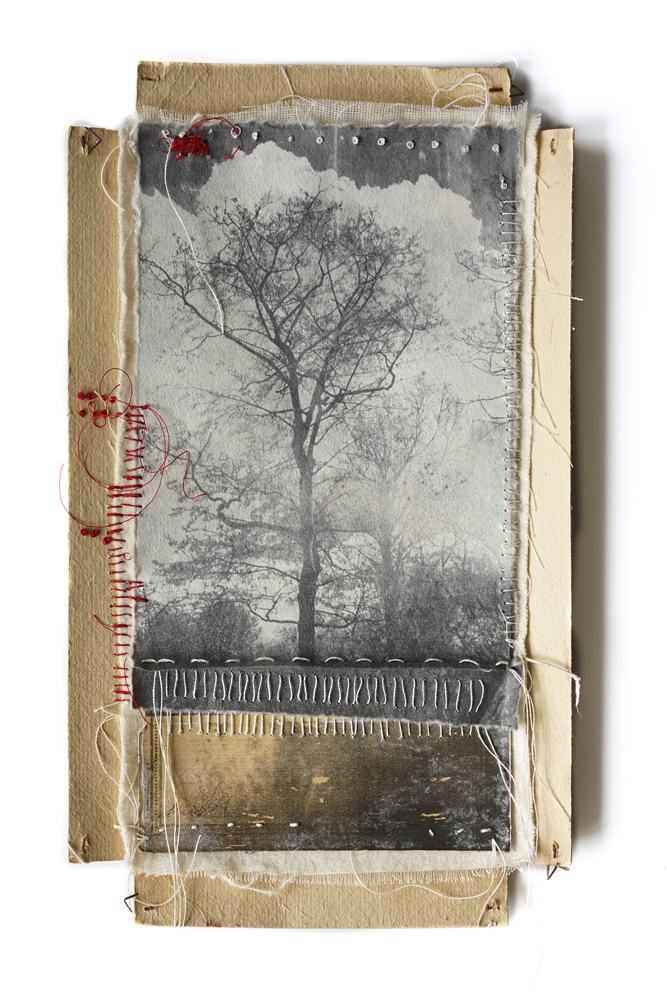 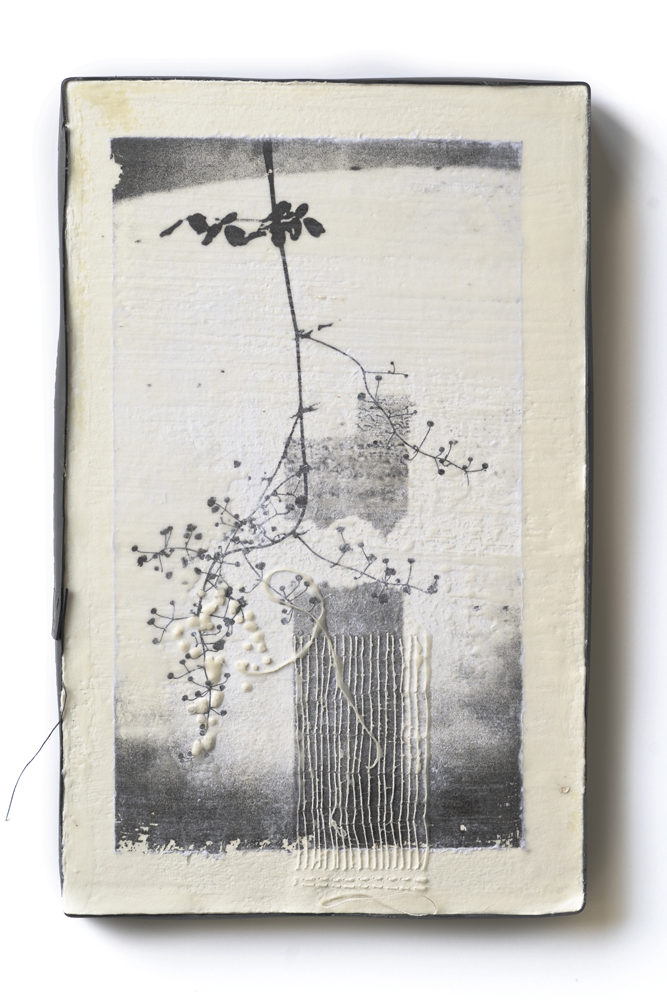 Firstly, could you tell us about your shift from fashion and graphic design to photography? Was this a sudden change in interest or a deliberate choice? And how did you adapt to working with a different medium?

I worked as a fashion designer for about 15 years and then the same amount of time as a graphic designer. As a graphic designer I constantly had to work with pictures from other photographers. Photography always interested me. I also see it as a kind of design. I was curious to learn more about it and that is why I started at the Photo Academy 5 years ago. At the time, I did not think it would lead to the autonomous work I make now and I never expected that I would be so passionate about this new direction in my career. 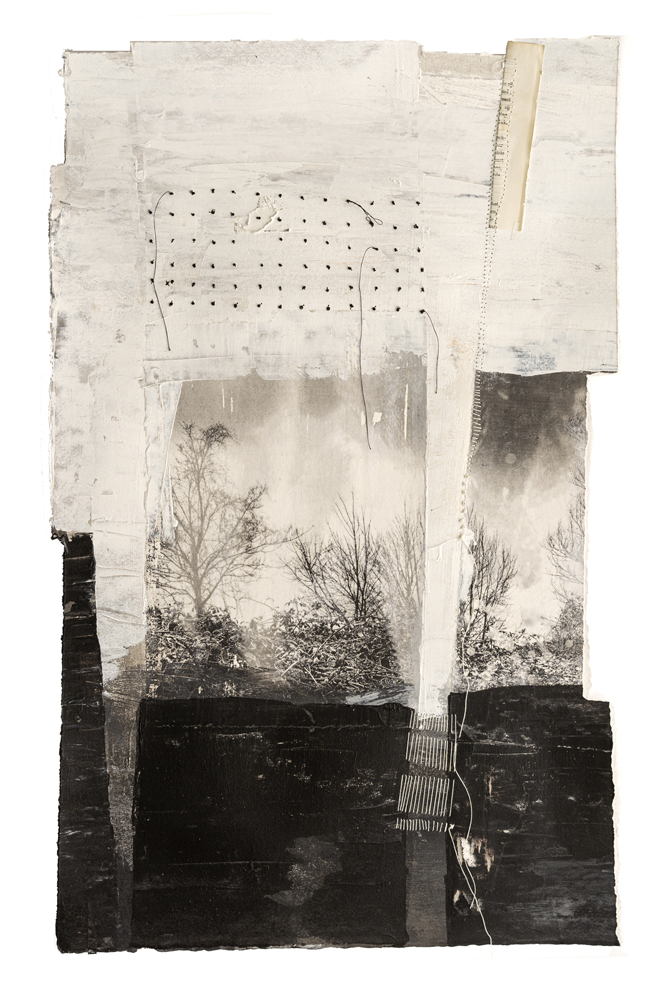 I always have a tendency to want to ‘do things differently’, also within my art.

I read somewhere that ‍you grew up in quite a religious community and so to speak “planned your escape” from an environment that you experienced as oppressive. Are you willing to share with our readers more about the journey to rebellion you embarked on and how it eventually led you to becoming an artist?

There was little to no room for having my own opinion or a deviant lifestyle. This made me develop a strong desire for freedom and wanting to set my own rules. This urge for freedom is a common thread in my life. I always have a tendency to want to ‘do things differently’, also within my art. 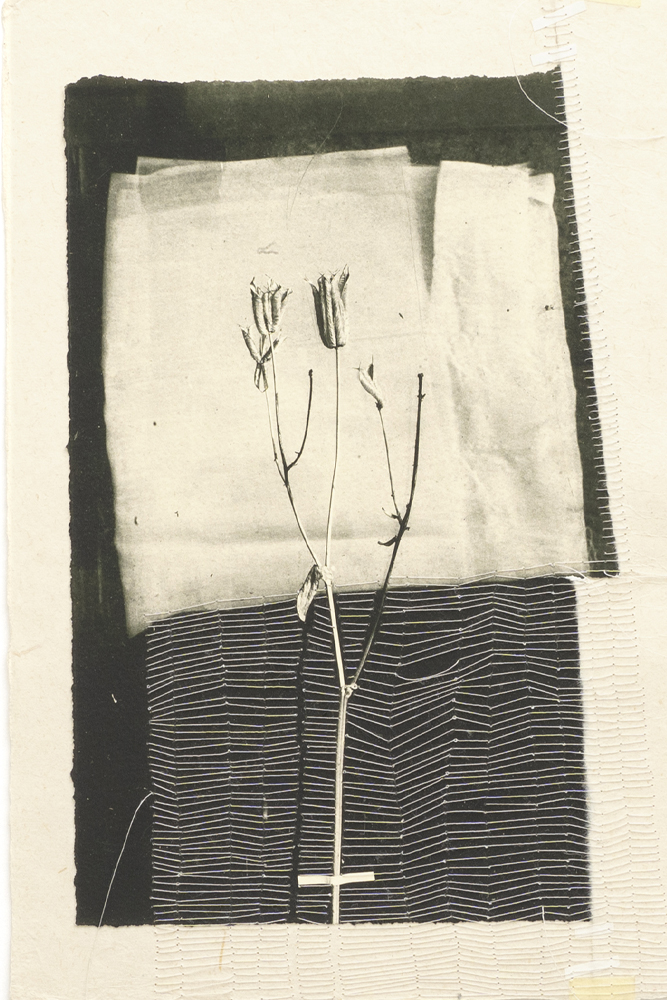 I had a preference for very time-consuming activities in which I could dream away completely.

All your works are highly detailed and delicate, usually printed on textured paper or fabric. They are also very layered, constructed via numerous interventions. How did you develop your unique method?

A few years ago, during my photography training, I had a strong need to add something to my photos, which would create more layering; a three-dimensional effect instead of the flat, two-dimensional photographic image. During an exhibition visit one day, I saw a work of art with embroidery that touched me very much. In my youth I was always involved with handicraft techniques (textile is really my thing) and making drawings with small pens. I had a preference for very time-consuming activities in which I could dream away completely. Embroidery was the first technique that I applied over my photos, and later through a lot of experimentation, I added a large number of techniques. I always have a strong desire to make new discoveries. Sometimes they arise by chance and sometimes by experiment. I do not think in detail about what I am going to make prior to starting an artwork, it usually arises during the process. I like to surprise myself and I do not stop until I am really satisfied. 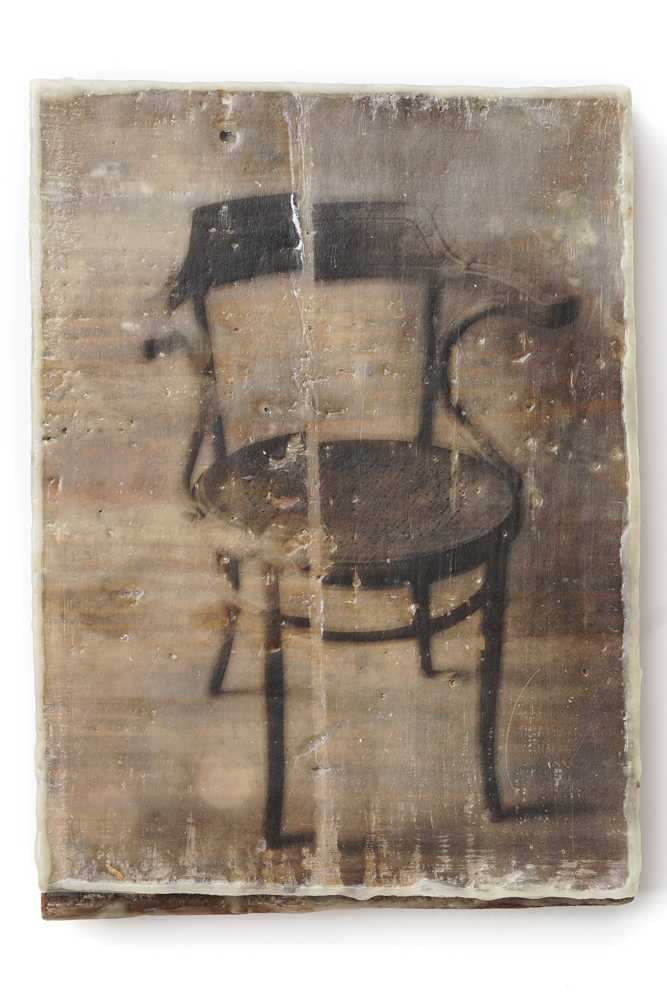 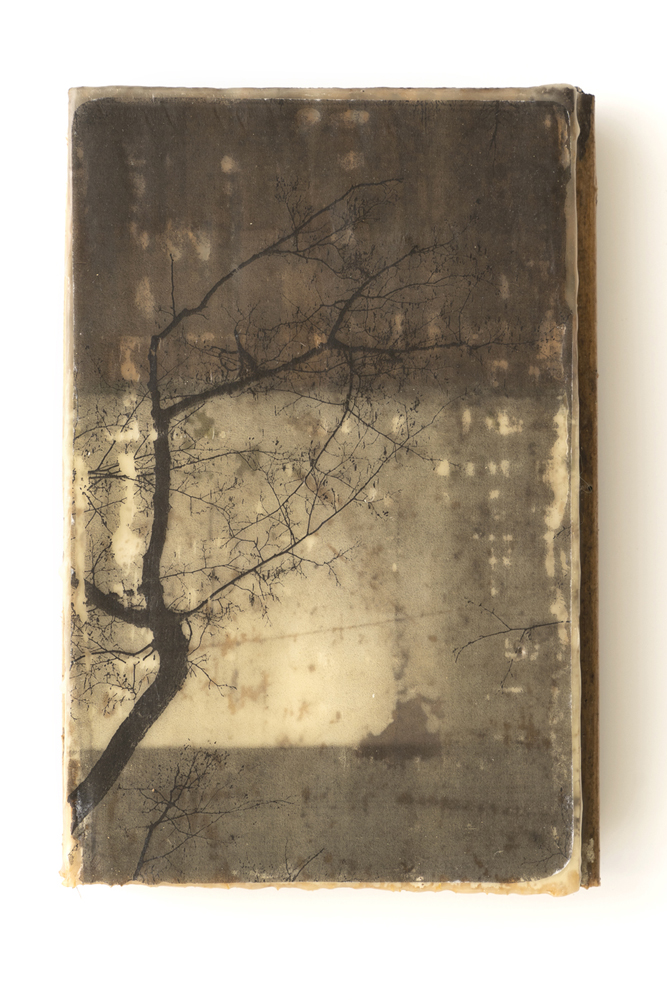 Could you elaborate on the thought process and decision making that goes behind developing a single artwork? How you determine when to implement certain materials or techniques for each individual piece?

As I previously mentioned, I let chance play a major role in my work. Sometimes I feel like working very small and in response I might want to make something big again, and vice-versa. It is also possible that I discover a new type of paper or technique that I then use for a while. Or a combination of techniques and materials that I had not yet tried. Right now I am thinking about how I can use film to give an extra dimension to my work. I also want to work with light- and sound designers for an installation I plan to make. I keep discovering new interesting perspectives. That is why I am so passionate about my work.

In your mind everything is possible and so is in my work.

How did your project ‘Thought Trails’ come about?

I started this project in the final year of my photography studies. It is very close to me. Ever since my adolescence I have been creating my own safe world by doing repetitive actions such as drawing and embroidery. Actions where I do not need my attention immediately, but where I can let my thoughts wander. When I was young I needed it to create a safe world. After that I mainly did it to get some peace in my always busy head. The ‘Thought Trails’ project depicts those thoughts that flow, whereby you can connect past and present, or different places in the world, which cannot exist together in real life. In your mind everything is possible and so is in my work.

The inspiration for ‘Thought Trails’, like many of your other works, mainly derives from notions of imagination like dreams and memories, sourced from the internal world. Are there any other themes or topics from reality, incentives from the external world, that instigate your creative practice?

I have been working on a project for some time now called ‘almighty father’, which is about the influence a father can have on a family and how that can determine the rest of someone’s life. It is an autobiographical project. 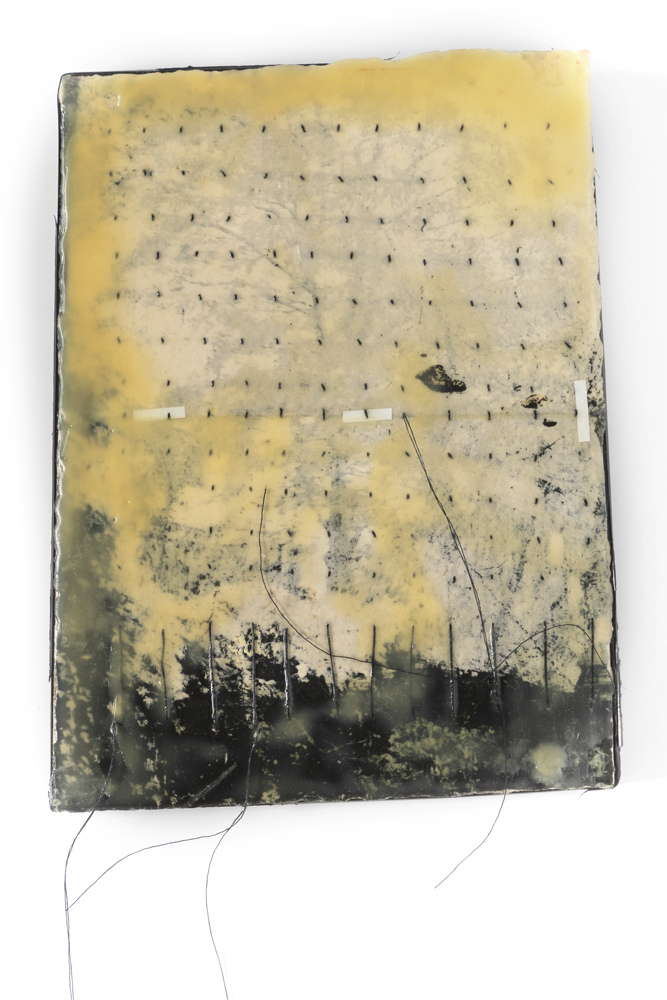 A total experience that leaves people amazed and enchanted.

Lastly, what would be the ideal way to display your work when exhibited?

The ideal way to exhibit my work is to fill a large space with an installation. I think of a softly blowing photograph printed on silk fabric, transparent and embroidered with loose threads that move gently in the wind. Tactile, reversible works that hang down from the ceiling on thin invisible threads, so that they seem to float freely in space. Of course this also includes light, film and sound. A total experience that leaves people amazed and enchanted.

She is a photographer and writer dealing with topics of identity, memory, tactility and the overlooked.