Vasilis Nikolopoulos: Today is my Birthday

Vasilis Nikolopoulos (b. 1993) is a Greek photographer currently based in Amsterdam, who focusses on long-term projects about identity and ways of looking. In 2021 he graduated from London College of Communication with an MA in Documentary Photography and was nominated as one of GUP New’s upcoming photography talents in the Netherlands.

In his body of work ‘Today is my Birthday’, Nikolopoulos investigates notions of human existence and explores how to render them visible. The series is originally inspired by a story of a magician who is preparing for the most important magic trick of his career: the one that would transfer his partner to a dream, allowing him to observe her future. However, this vision does not meet his expectations of living together happily ever after. Instead, the apparition reveals that she is going to have a lonely life without his presence. Consequently, the magician is overwhelmed with questions about whether he is going to accept this vision or disregard it as a mere illusion.

Driven by a search for meaning in the meaningless world, Nikolopoulos looks at ways in which images can be read or understood, notably those of cryptic and abstruse nature. Operating between fact and fiction, the work is presented in a poetic manner, leaving space for the viewer’s imagination to roam his illusive depictions of seemingly everyday scenes that carry a peculiar and estranged presence.

In an interview with Discarded Magazine, we talk about this ambiguous series and his plans of turning it into a self-published photobook.

Could you please tell our readers more about the story of the magician and how it came to influence your creative practice?

For me the story as a story itself is not that important. Or at least in this case, since it is an invented one. It is a formula to develop some ideas and a set of images that I like, and present them in a way that somehow makes sense. Or in other words, the story works as a translation of the thoughts that I had during a particular period in my life, expressed with pictures. There was a time when I was obsessed with German Expressionism films and terms like the ‘absurd’ or the ‘anxiety of the unknown’. These thoughts developed in the story from the magician’s perspective who is preparing himself for his most important magic trick. You can always go on and build from that, although the part that I was more interested in, was the idea of rethinking my practice. It is indeed quite chaotic how a project develops but it was the first time that the story came before visuals. Normally, I tend to read stuff that I like, shoot unconsciously and then, in the best-case scenario, try to connect the dots. If nothing comes up, which is the case most of the time, I am just leaving some time and maybe I can use them in another work.

[…] The story works as a translation of the thoughts that I had during a particular period in my life, expressed with pictures.

How did the working title ‘Today is my Birthday’ originate and how does it correlate to the magician’s story?

Just as the magician, every year on our birthday, we are facing the same dilemma. As we set new plans and goals that still need to be achieved throughout our lives, we realize that perhaps there will not be enough time to accomplish our dreams, or maybe what is the point of that, if there is any. I guess I have some more optimistic bodies of work to discuss next time…

Apart from fun though, it is like a trick to think about ourselves and our lives more consciously. Just today actually, I was checking the pictures once again (it is not my birthday though) and thought about it. My point here is the fact that we can be more conscious of our choices as we are the day on our birthdays, with making plans and dreaming of our lives. You also have to remember that doing nothing is a conscious choice too, sometimes. Saul Leiter used to say: ‘I have a great respect for people who do nothing’.

Like a magician, you know and play every trick in the book to manage to deceive and hoax the viewers with your photography, creating images that look like they appeared and arrived to you in a dream. Are you willing to share any of your (secret) strategies with us? Did you actually see some of these scenes as visions while asleep and try to recreate them afterwards?

I would love to, but I am not sure if there are any secret strategies. Even though I find it interesting what happens in our subconscious while sleeping, I do prefer the more realistic point of view. If you literally observe and analyze the same movies that inspire you (which I did while making this project), keep reading and researching stuff and connections, from a point onwards, it will basically reflect on your photography without even giving thought to it. At the same time, as the work evolves you have to be extremely critical on which photographs will make it to the final selection.

[…] I also tend to avoid shooting important stuff. I feel way better if I manage to transform something unimportant into a good photograph.

Besides having an uncanny quality, as we established, the imagery you produce also connotes a sense of melancholy and loneliness. We are predominantly shown solitary and isolated subjects, whether that be clothes, pieces of furniture, human bodies or landscapes. Could you elaborate on how you decide on your topics? Are there particular attributes you focus on?

As I said before, I am trying to shoot without thinking. Your senses though, should be alert. This is how everything starts. I am collecting as many pictures as possible using just my senses, and once I am editing the results and find out that perhaps I am missing something, I could produce a more directed picture. In other words, when something intrigues me, I just point my camera and decide on the frame. Or what I leave outside the frame. I also tend to avoid shooting important stuff. I feel way better if I manage to transform something unimportant into a good photograph. 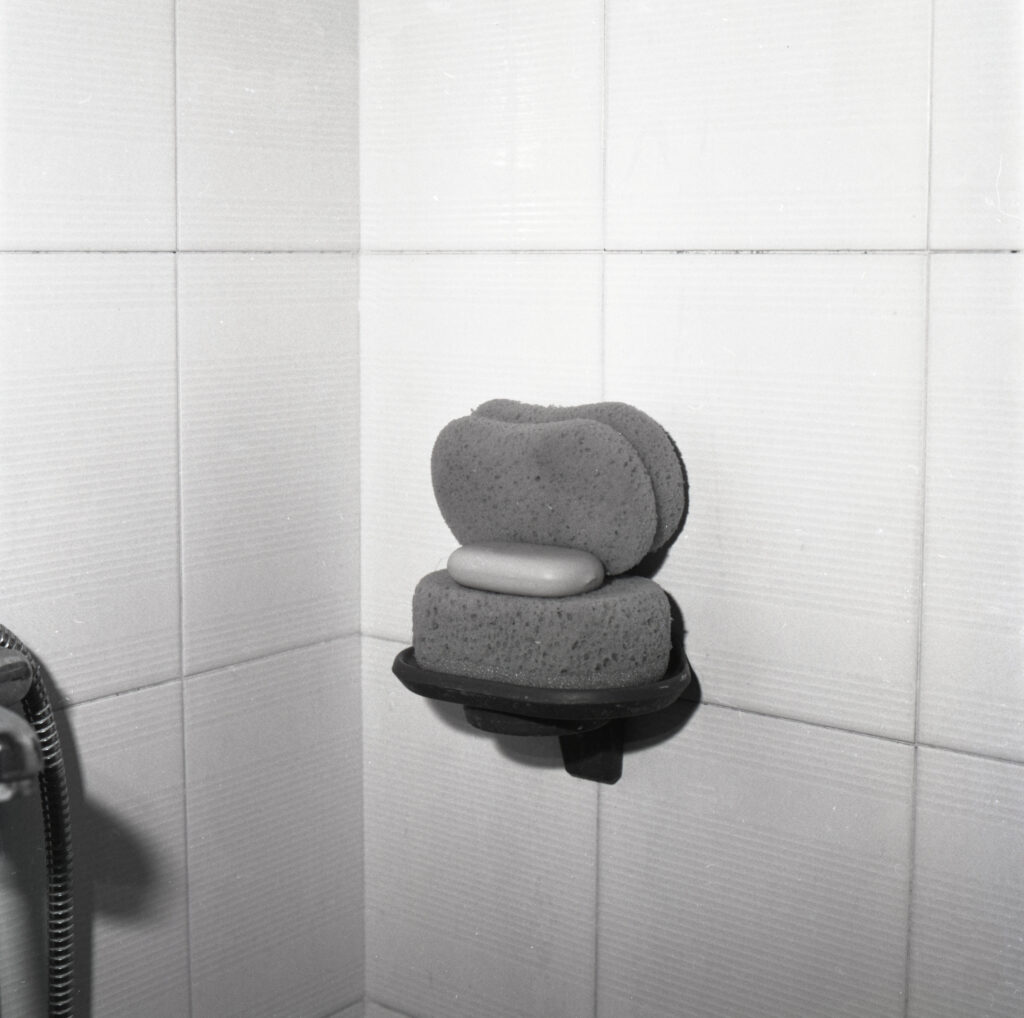 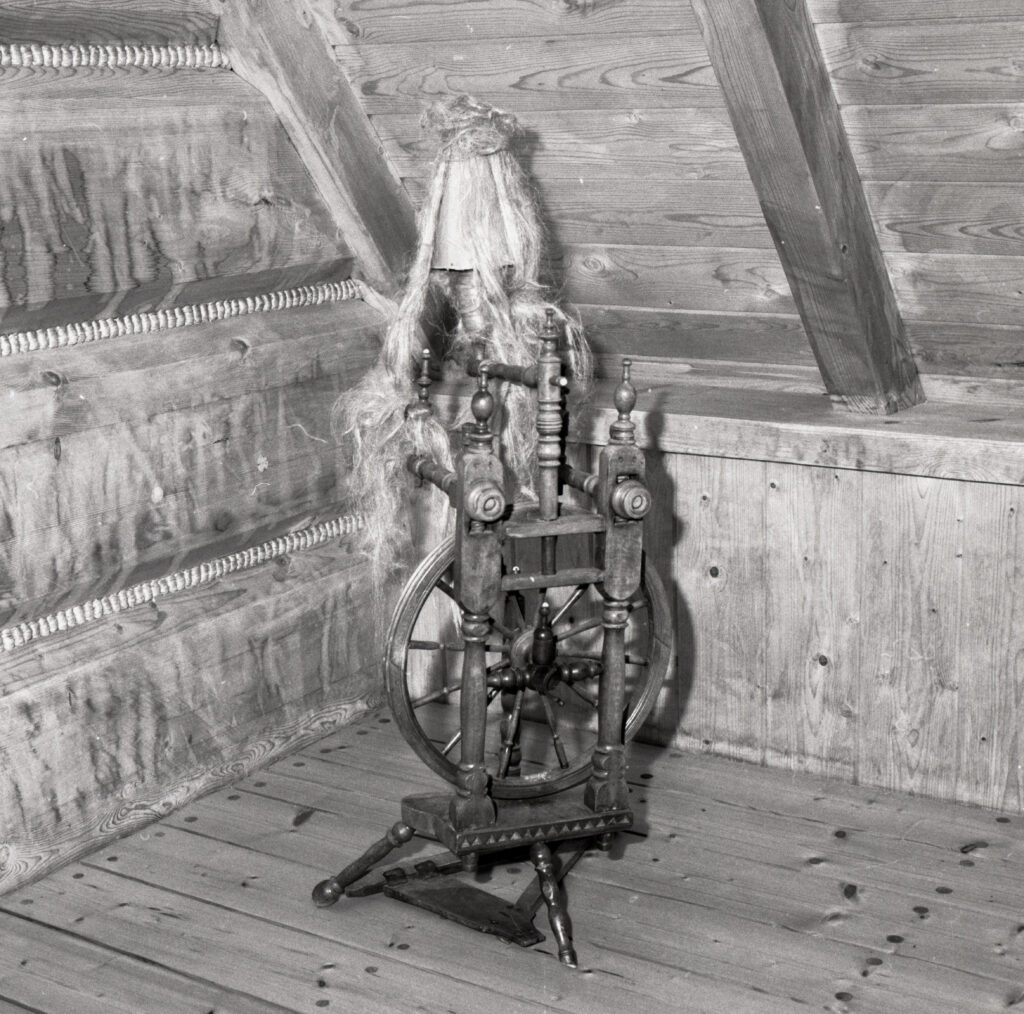 Interpretation is fundamental to the photographic medium — an act or result of seeing that you heavily indulge in, and occasionally exploit within your image making; with the execution of some pictures even more enigmatic than the other. In what context is the viewer supposed to engage with the work, according to you?

Well, the viewer is not supposed to be in my head or vice versa. When I look at photographs that I like, I get some thoughts but most probably they are completely irrelevant to the ones the photographer had in mind while shooting, just because we are two different people. I had a nice discussion with a friend about whether someone who knows your personality can reflect more or not. Even though photographers tend to produce projects related to themselves, I am just happy if my photography presents the way I see the world, creates a sense of mystery, sometimes humor, or even something to think about our lives. Maybe I am getting greedy here and asking the viewers for an in-depth interpretation. You can always have a look and then enjoy your drink. That is also an option! 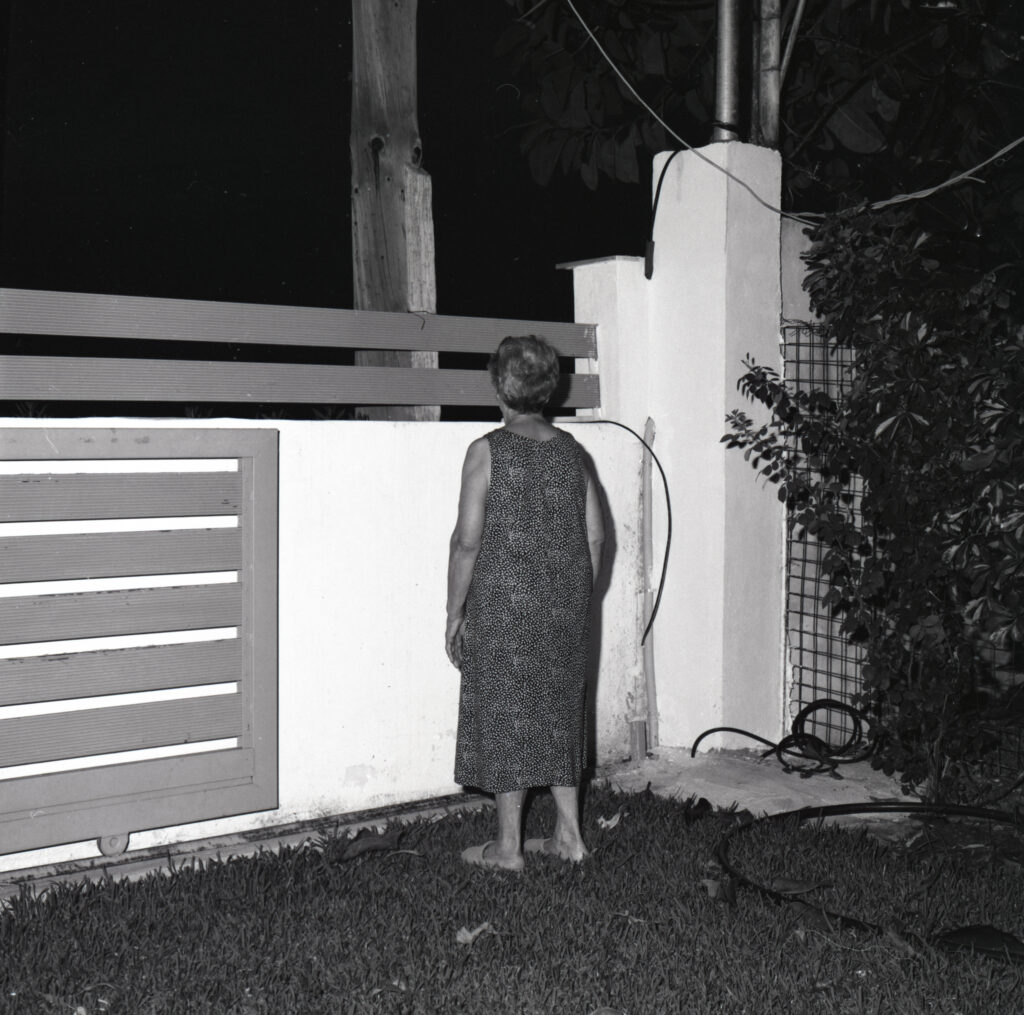 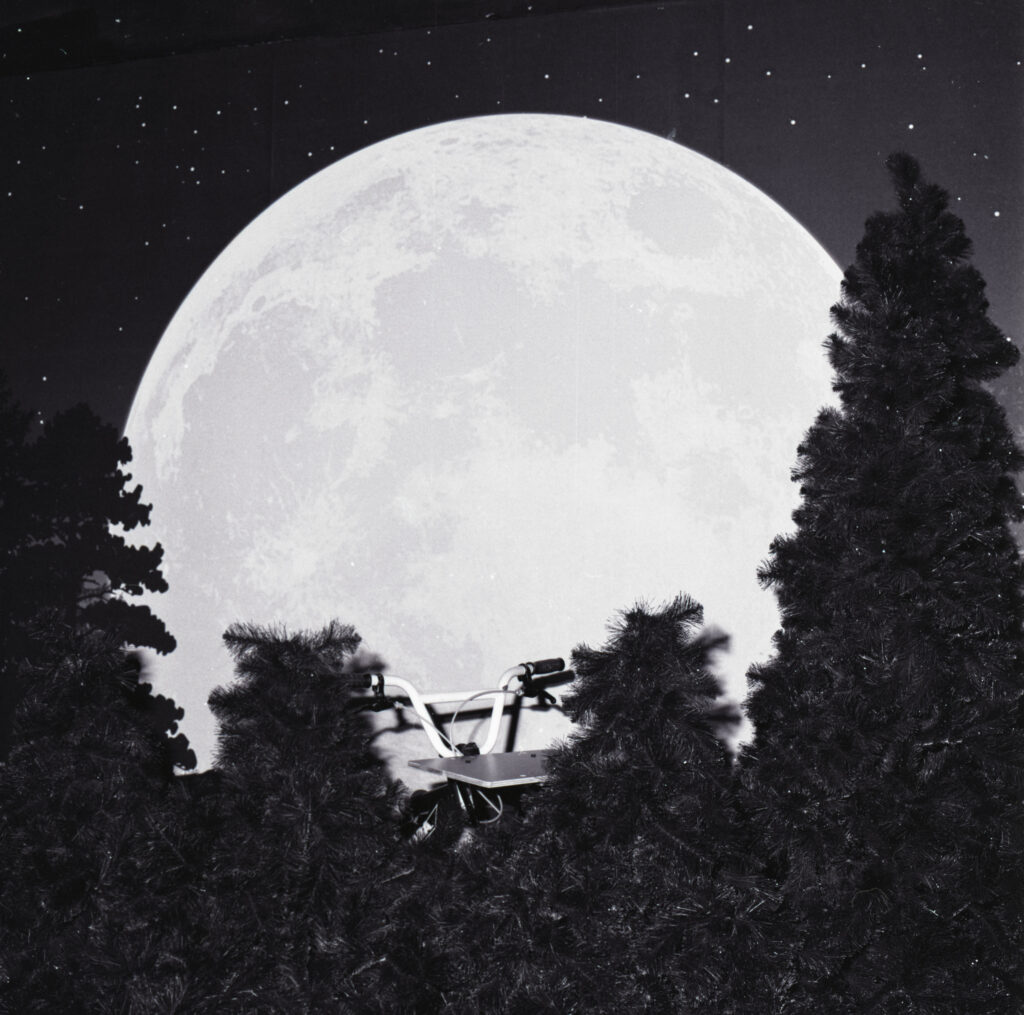 Your images in this series are exclusively shot in black and white, mixing contrasts with the use of a harsh yet atmospheric flash. Why did you opt for this aesthetic?

There is no particular reason for that. I was actually interested in black and white for some time, but I have not had the chance to use it. For this project, it felt the right thing to do. The use of flash and the almost irrational symmetry of my 6×6 camera also helped with the artificial effect of the imagery.

On my very first photography course, back in Athens, my teacher used to say:

‘In art, and in particular in photography, everyone is trying to discover their artistic personality. This can be a conscious search but at the same time a random discovery. And it is due to study, instinct, honesty, influences, talent, but above all disciplined work. Unfortunately, the search for style has become a torturous purpose in today’s competitive art world. And very often the artistic style of a photographer is nothing but a result of artificial construction. And even more often the result of imitating the trends of the time’.

[…] It is something that I have in mind, but I am trying to be extremely critical about the reasons why I want this.

You are currently producing a self-published photobook, which I believe will be your first. Why do you think this is a fitting format for presenting the body of work and when did you know it was ready to be assembled for this next step?

This is a tough one. I am still interested in that, but I am trying to move forward as slowly as possible. The reason behind that is the fact that, even though I love the idea of a photobook, I am not interested in just doing that. In today’s world photobooks are produced in hundreds of copies every day, with no particular reason most of the time. I am not sure if this is the right thing. I mean, there is no need for every project to be presented in a photobook. Maybe an exhibition fits your ideas better. But yeah, coming back to your question, it is something that I have in mind but I am trying to be extremely critical about the reasons why I want this. 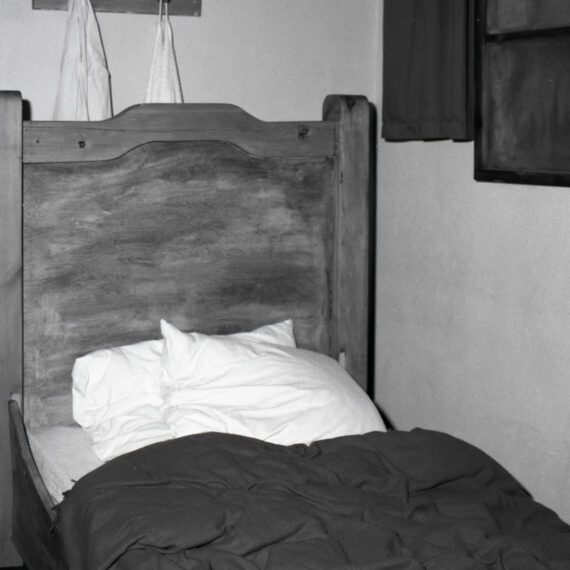 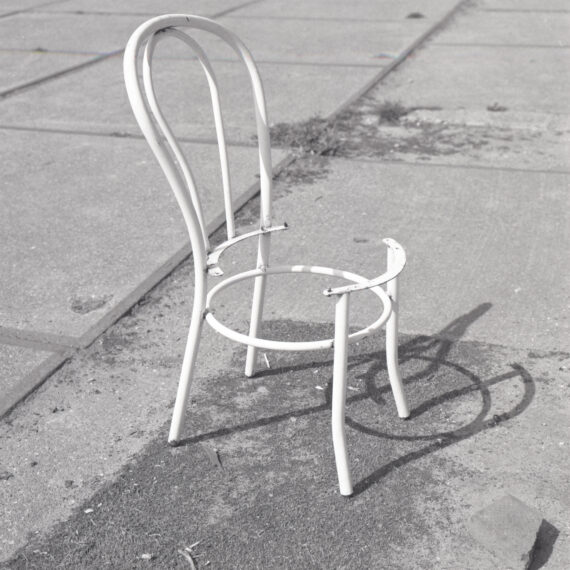 Whether we like it or not, there are no exercises to improve our photographs.

Lastly, are there any other areas of interest or ideas that you plan to explore next?

I am constantly thinking about the ease of the technical side of photography and I am trying to compare it with the rest of the arts. Whether we like it or not, there are no exercises to improve our photographs. So my ongoing plan is to keep enjoying life and art, and hopefully, this will reflect on my photography.

You can view more of Vasilis Nikolopoulos’ work on his website and socials.

She is a photographer and writer dealing with topics of identity, memory, tactility and the overlooked.