Proves of existence. The mutable identities into the work of Viviana Bonura.

Viviana Bonura (Palermo, 1999) is an italian lens-based artist. Her art practice has a multi-media approach and combines visual and performative arts. Her research mainly focuses on the themes of identity and existence by using her body and presence. She explores the individual both as a singular entity and as part of a collectivity by taking into consideration the surrounding space and its emotional history. She investigates the delineation and dissolution of boundaries by diving into concepts such as liminal spaces, hereditary traumas, monstruosity, transformation, and the connection between dreams and reality. Her body of work is rooted in the ambiguity of the symbolic manifestation of something that is held in our deepest and most human form. 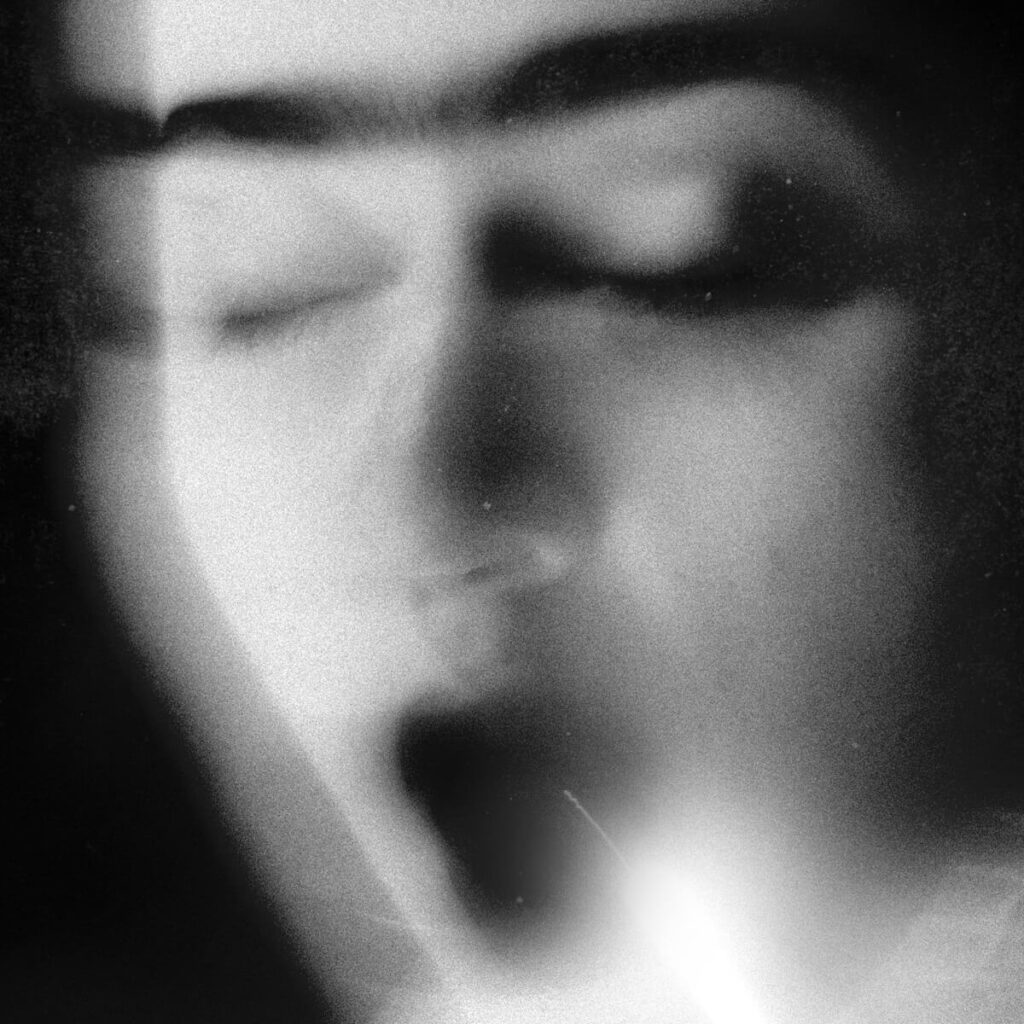 Viviana your work takes identity into consideration and uses the body to investigate it: tell us how

I started taking pictures during my teenage years, perhaps the period in which we perceive the concept of identity as mutable more than ever. For some years now, mutation, transformation, is a radical process that has overturned me.

I am interested into talking about identity because although it is one of the most discussed topics, I think it is also an ambiguous and misunderstood concept. I believe this happens because the current matter around its definition is incomplete. Identity often seems to be described as the point where all the facts on human experience converge and therefore anything becomes a matter that concerns it.

There seems to be a fundamentally incorrect correspondence between the innermost awareness of ourselves – the answer to the question “who am I?” – and our identity which is a series of characteristics that we internalize after a long process.

If identity is a construction that we create to be able to identify and recognize ourselves in society without losing the perception of our individuality, then it means that there are codes and if there are codes there is a language.

I am interested in that possibility of transposing into the tangible, of focusing on who I am through visual research, but without taking away the aspect of mutability that is instead lost in a conversation and which for me is fundamental because it explains the pain I have always felt in going through changes.

The body is the meeting point – the mediator – between us and the world. It is constantly changing, but it has a certain memory that is preserved in the most unexpected ways. 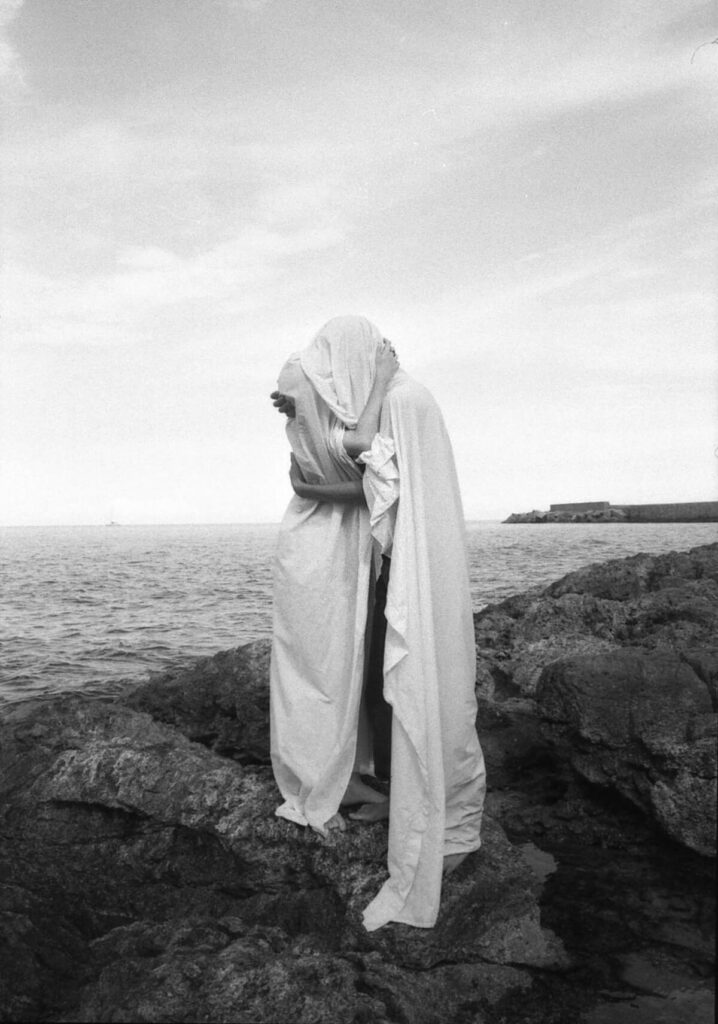 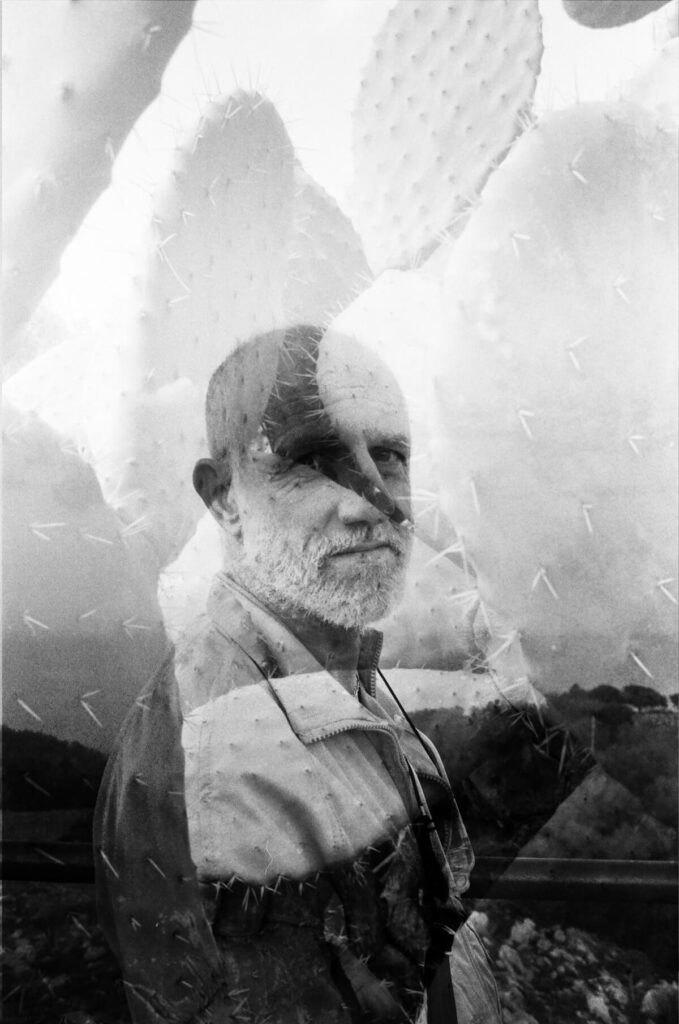 The machine seems in your works to be a memory reconstruction tool, above all an emotional one: where do your visual codes come from?

If there was a map to reach the deepest part of ourselves, perhaps I would follow it into space first, being

sure it’s art, but the reality is that it doesn’t exist and that we have to jump into large black holes.

You aren’t wrong saying that the artistic medium for me is a tool of reconstruction, in fact it is my way to

experimenting possible scenarios by constructing them through indirect codes, and thus have functional consequences on me.

The dream dimension and all those border “places” made to be crossed, definable as

liminal spaces, inspire me. Traumatic experiences also interest me because they reveal something profoundly real. For me there is a connection between trauma and emotional memory – just think about our experience of a place and the physical responses it can provoke. 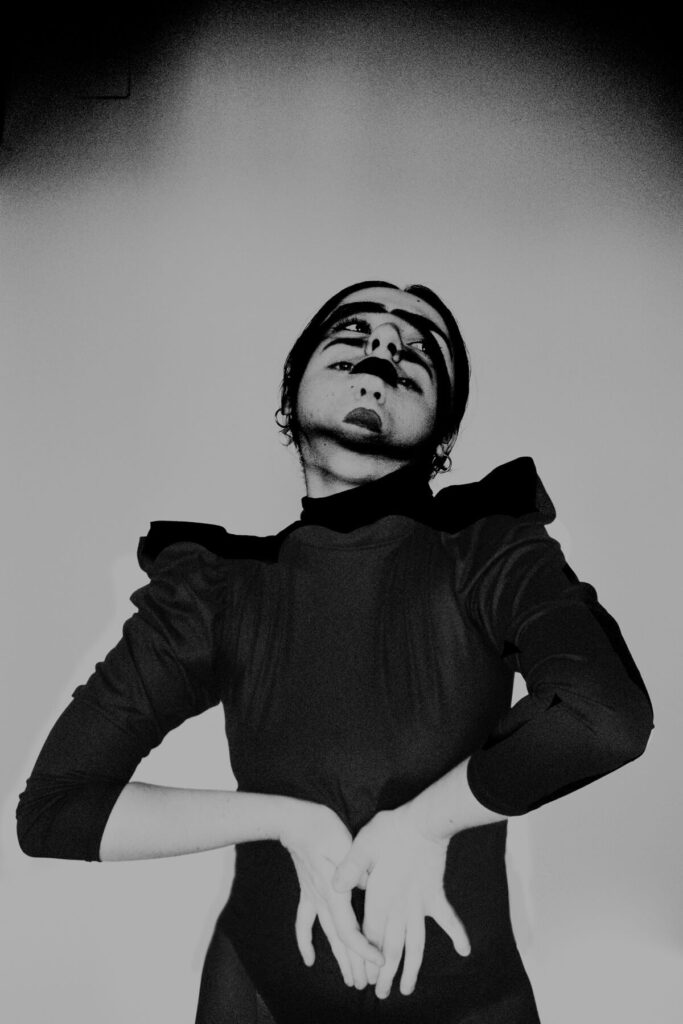 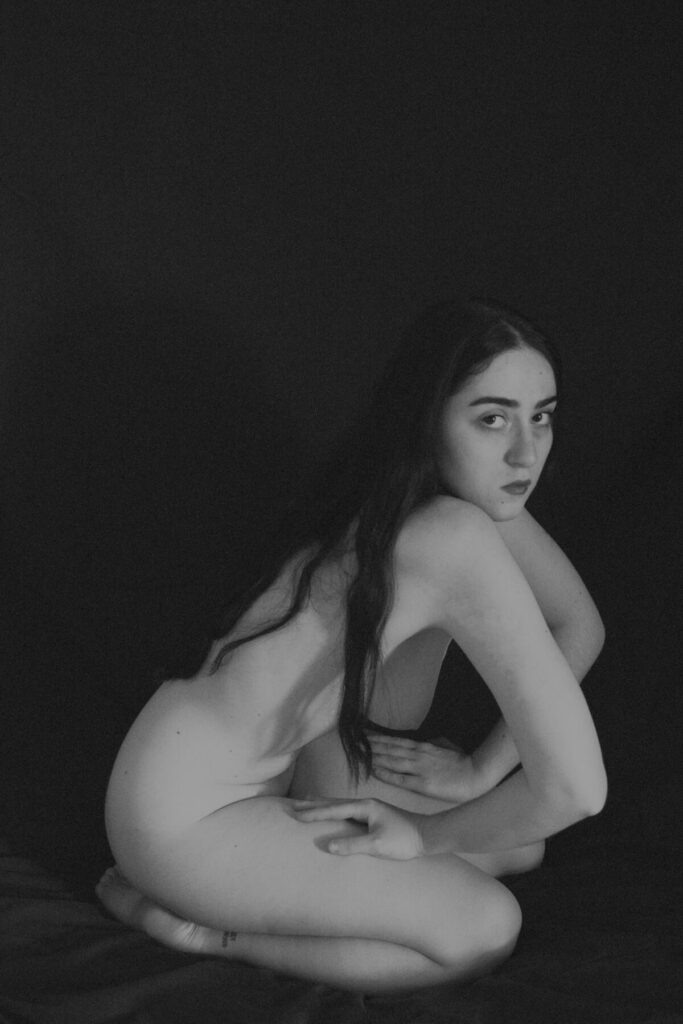 Often in your works you approach your body but also other women’s: what are you trying to tell about yourself and other women?

Initially when I photographed myself it was simply to prove my existence, then it transformed into a way to regain possession of my space and my reflected image, while now I feel it’s evolving into a medium to investigate my sexuality and magic.
As my research continues, I realize that my interest always aims at what I have repressed and what
it’s on the edge. To understand why these things happen I’m approaching transfeminist social and cultural studies on gender, and I feel the need to carry my thoughts into my artistic production.

When the body I use to investigate is mine it also becomes a psychodramatic act and I like to
deliberately cross the limit, while with others’ bodies I like to highlight it. Photographing other people,
especially women, it remains for me a way to understand what makes me different and similar compared to the other. There are things in the other that I will never be able to understand and in the same way things about myself that I will never be able to explain. In my pictures a part comes to light and another, destined for the imagination, remains in the dark. 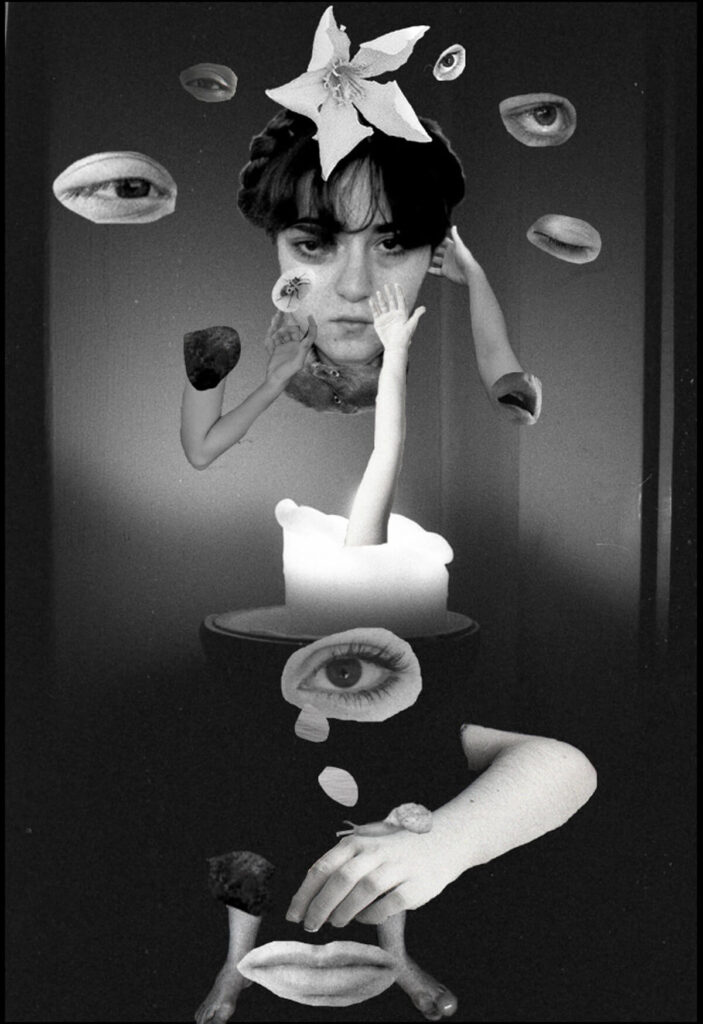 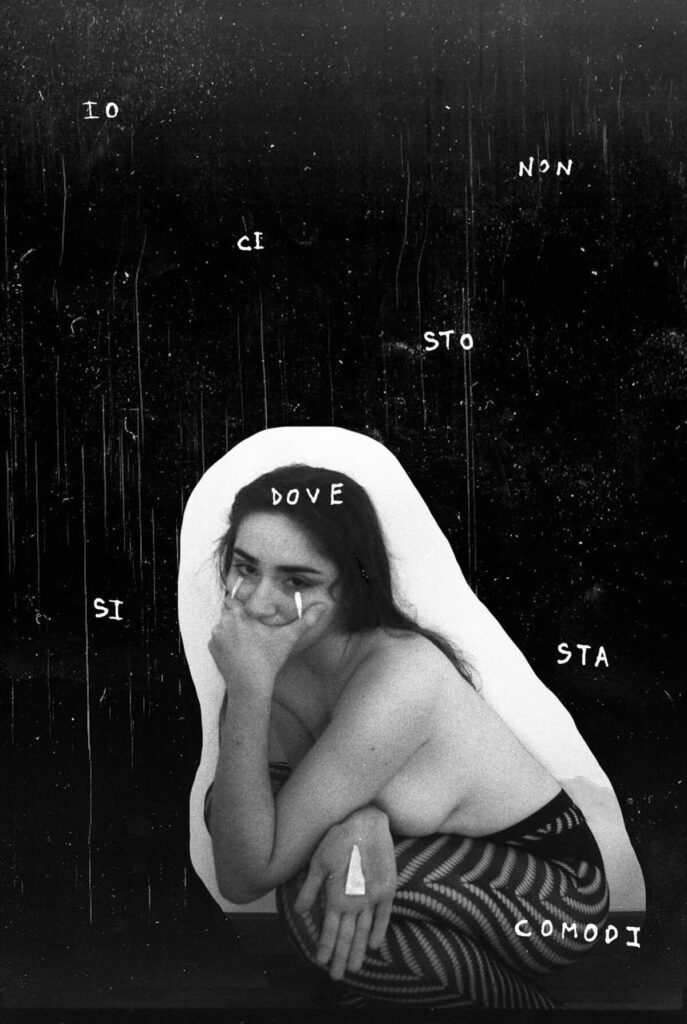 Your highly dreamlike and metaphorical language turns your pictures into mirrors in which everyone can look at themselves: where do your creativity get draw from?

I allowed myself to retell my story, tainted by what I would call a voiceover that didn’t belong to me.
Since I did not have the tools to recognize what was mine and what was someone else’s projection, I expressed through a creative act – which began as a real expulsion – my urge to crack the shell. It was a gesture of love towards myself.

When I began to develop an awareness especially through a psychotherapeutic path, I’ve become able to give a name and a structure to parts of me that I didn’t know. I transferred that same psychological approach into artistic research on trauma and heredity, from which the works “Il dilemma del Porcospino (The porcupine dilemma, 2020) and “Born from salt” (2022) come from.

I delved into the most ambiguous part of myself, the one where life and death meet and horror and desire reside together, building a visual imagery that for me is always characterized by darkness.
When an artist carries out this very process, I believe that it takes on a role of collective relevance. It’s impossible to not notice the darkness and uncertainty in which we live, hence believing that our private life isn’t public is a mistake that takes us away from change. The request I make to those who look at my images is to move, to pass from my experience deposited in the picture towards one’s own.
Somehow, I just want to give other people the coordinates hoping that these will guide them to their deeper and more human side, opening a way to generate new points of view.

In “Il dilemma del Porcospino”, we finally catch a glimpse of reality, of parental and territorial ties. Can you tell us about this series?

Every time I talk about my projects, after a while, I’ll start doing it in a different way, because I realize that there is always something that I hadn’t noticed before. Now that I think about it this is sort of a re-narration too.

The project was born during the most intense moments of the 2020 lockdowns and speaks of a process for me fundamental in the experience growth of a human being: being with others without getting hurt. When I think about the description I used when I was talking about the project, it comes to my mind that I have used several times the word “contamination”. A rather anachronistic theme for a historical moment in which our safety was determined by the maintenance of a certain sterility.

It seems to me that I still feel the sting on my throat of Schopenhauer’s metaphor and the feeling is that of some kind of phobic fear. I am surprised by this reaction as I know I have chosen to match the pictures of a current myself with those of my family in the past to affirm a fundamental connection that I needed to go back to the reasons for that change that I was living.

The isolation and the encounter experienced as a conflicting and contaminating event, had prompted me to reflect on my historical and emotional experience of the other. I learned that borders dissolve easily at that point and now that project represents for me a process of acceptance of my roots and origin. It is not easy to not confuse coexistence with contamination, and contamination with poisoning. Fortunately, this is something that I am learning.