Noemi Comi (1996) is a conceptual and documentary photography born in Catanzaro (Italy). She studied photography at Laba (Libera Accademia di Belle Arti) in Florence, where she graduated with Honorable Mention. At the same time she followed a mentorship course with Steve Bisson by Urbanautica Institute. Her photography is constantly evolving and follows a multidisciplinary path. She wants to combine art and science trying to break down any taboo. Her works conform to a well-defined aesthetic, dominated by strong colors and surreal atmospheres. 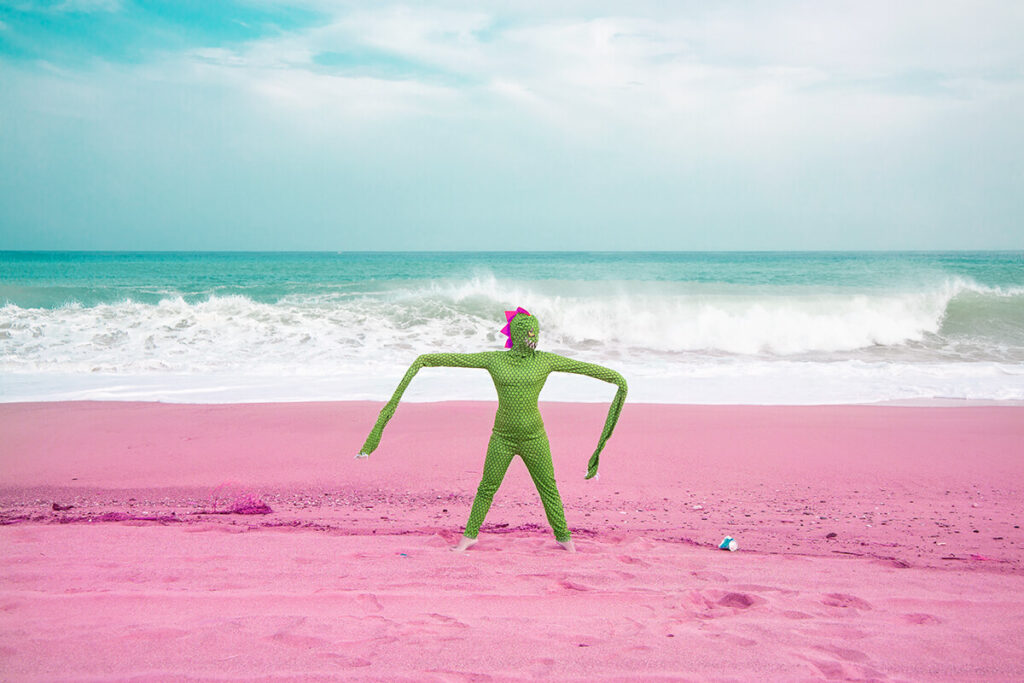 Noemi, I’ll start from the end, from something that is still taking shape: “Lupus Hominarius”. Truth and legends often intertwine in your work. In this case, why did you choose to talk about werewolves?

As a child, my grandfather often told me stories from his country and I still have a very vivid memory of a story about a werewolf who lived near my family’s house. I remember that my mother seemed to really believe it, it was rumored that it turned into a man-wolf only at certain times of the year, like during harvest and that in order not to run into any danger, he should be ignored if encountered on the streets.

I recently came across the legend of the “Werewolf of Nicastro”, an event recounted in the 1883 tourist guide “Cities of Southern Italy and Sicily”. In a town in the province of Catanzaro lived a woman who, after making her nature known, was locked up inside the family castle and was subsequently burned alive.

I looked for correspondences with other villages in the area and indeed there were many inhabitants who remembered having heard stories about anthropomorphic beings who had the appearance of a wolf. Some even swore they had seen several werewolves. Each country had its own wolf, sometimes with different habits and physical structure. According to the Calabrian tradition, one could become a werewolf as a result of curses, through infections, bites or pacts with the devil. I began to investigate, focusing mainly on the stories presented by the villages’ inhabitants. Obviously, these stories were mostly told to disguise betrayals, spread terror and above all to prevent women from leaving the house alone.

I believe that these episodes have had a great impact on present-day Calabria, so I decided to represent them visually, maintaining a strong anthropological component. 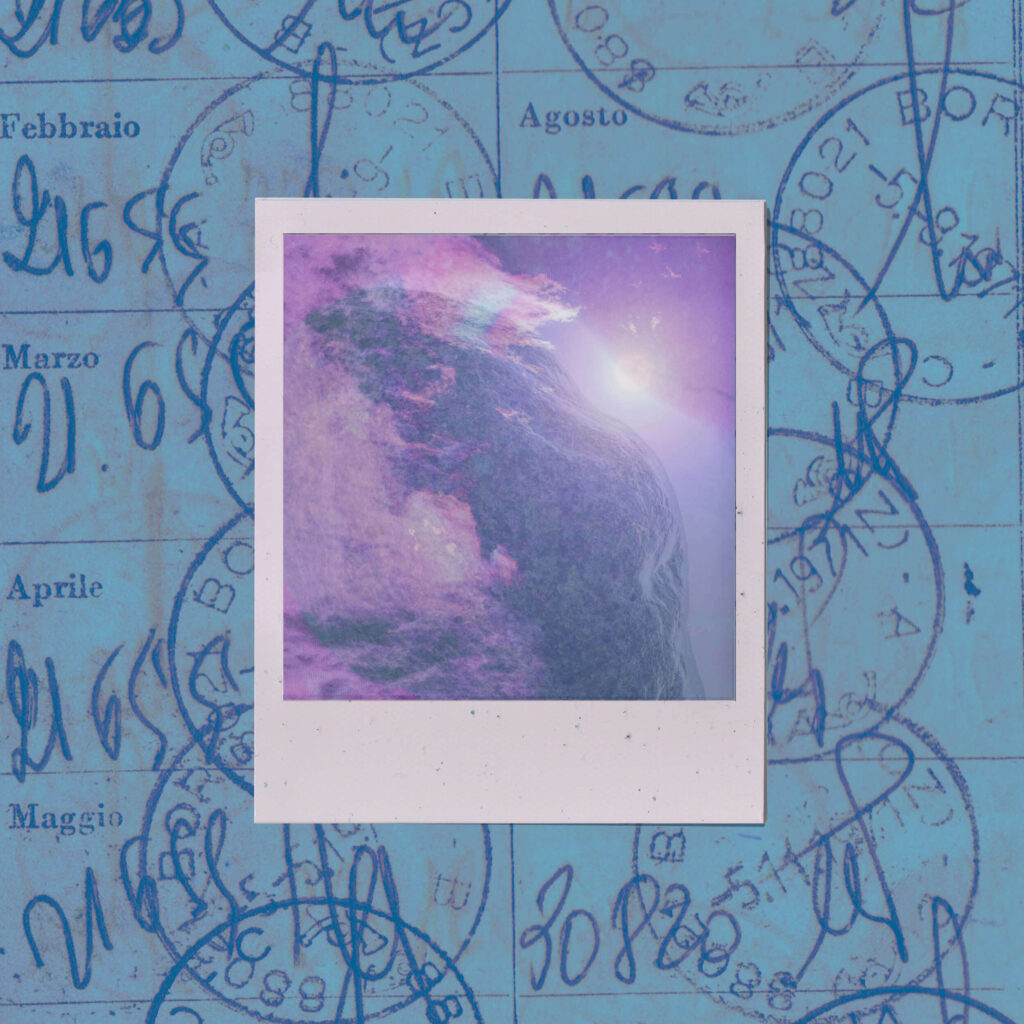 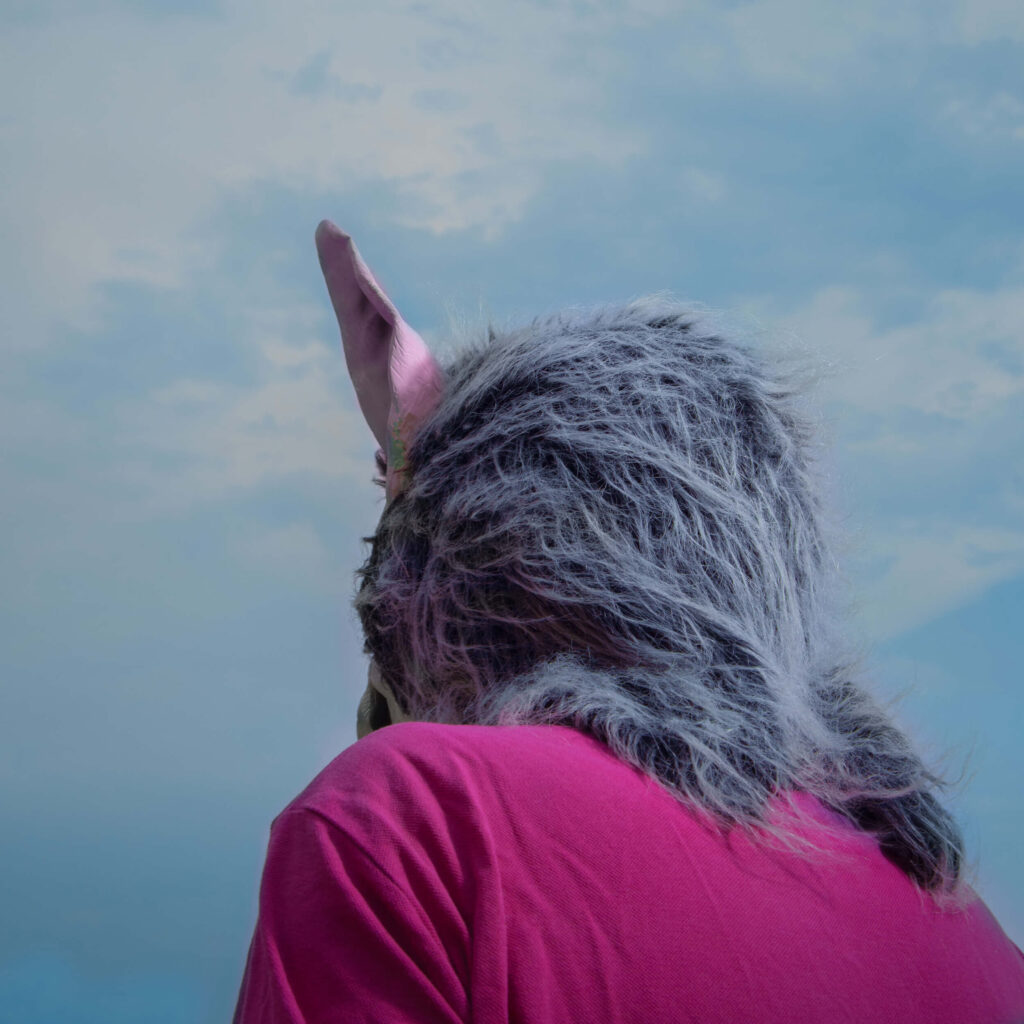 The theme of death appears in some of your works such as Alba Lux and Deathfest: what interests you about this theme and what are the different meanings with which you are analyzing death in these two series?

These are two completely different projects, but they have in common the attempt to give a positive meaning to death. Art has inherent in itself the primordial need to depict what disturbs us in order to free us from it and live better. I realize that dealing with issues related to death and illness is never easy, but sometimes exorcising them it’s a remedy to remove fears and anxieties. With Alba lux, the intent is to visually represent a space linked not so much to death, but to all that could occur after it. Near-death experiences, which are very often associated with dramatic situations such as states of coma, surgery or apparent death, are actually characterized by moments of peace and joy. I must say that I have always been skeptical of what is considered supernatural phenomena, but for this very reason it was interesting to address the subject. Thus, I decided to meet people who have lived these experiences and visually represent their stories without filters and judgment and I did not focus on the dramatic events that led to the experience, but on the phenomenon itself. These are events that put the individual in contact with non-earthly realities, non-existent colors and sounds, worlds where peace and silence reign. Deathfest is a very different project, but even in this case there is an attempt to go beyond a typically Western vision of death. Cemeteries are spaces that have remained totally unchanged over time, still characterized by a very crepuscular conception of the place, used for silence and contemplation. First of all, there is certainly the attempt to create ‘destabilizing’ images, which can somehow shake consciences and lead to the creation of various kinds of questions. Hence, I tried to visualize how the place could change by adapting it to the contemporary and physically inserting elements that recall parties and fun. In reality this is strictly a cultural factor, for example in Latin American countries it’s common to have parties in cemeteries to remember your loved ones. I believe it can be, above all, a way to bring people closer to the deceased loved ones and to stimulate an active participation of visitors in cemeteries. 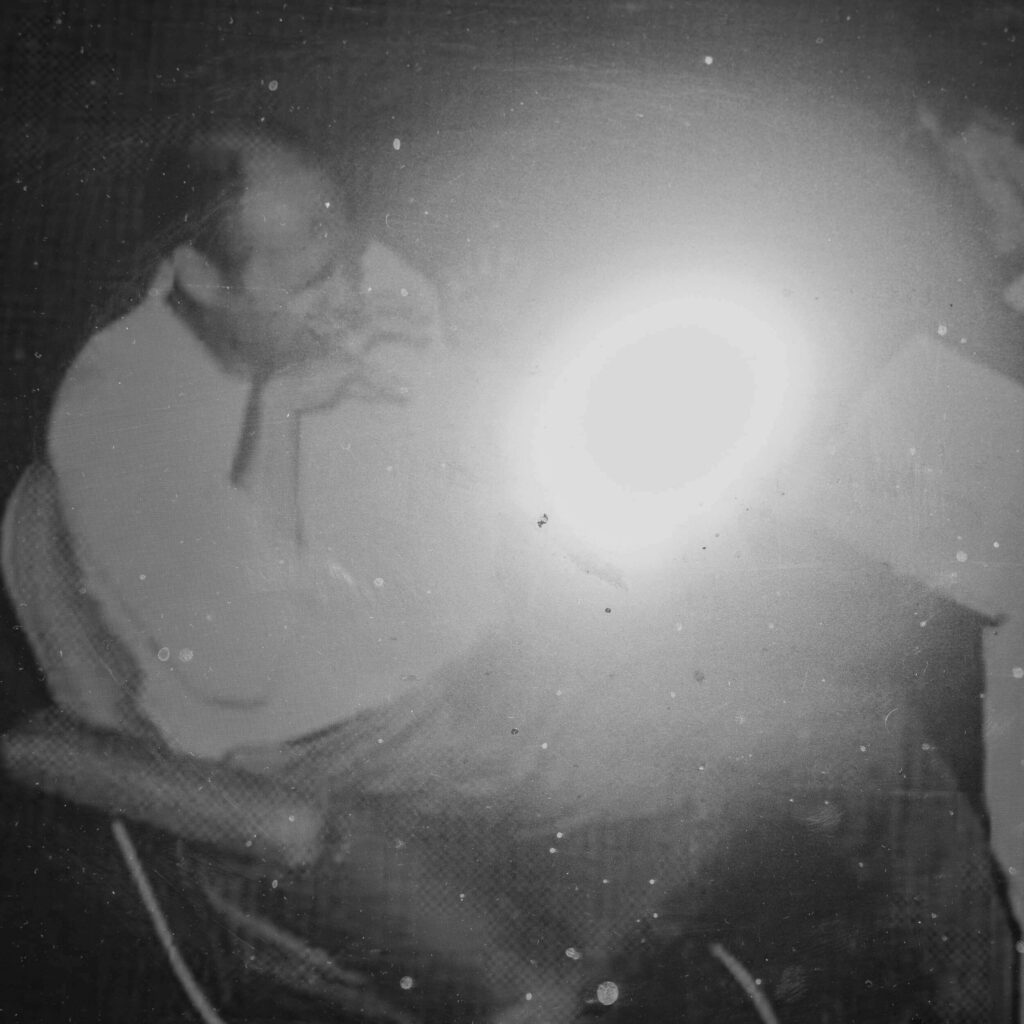 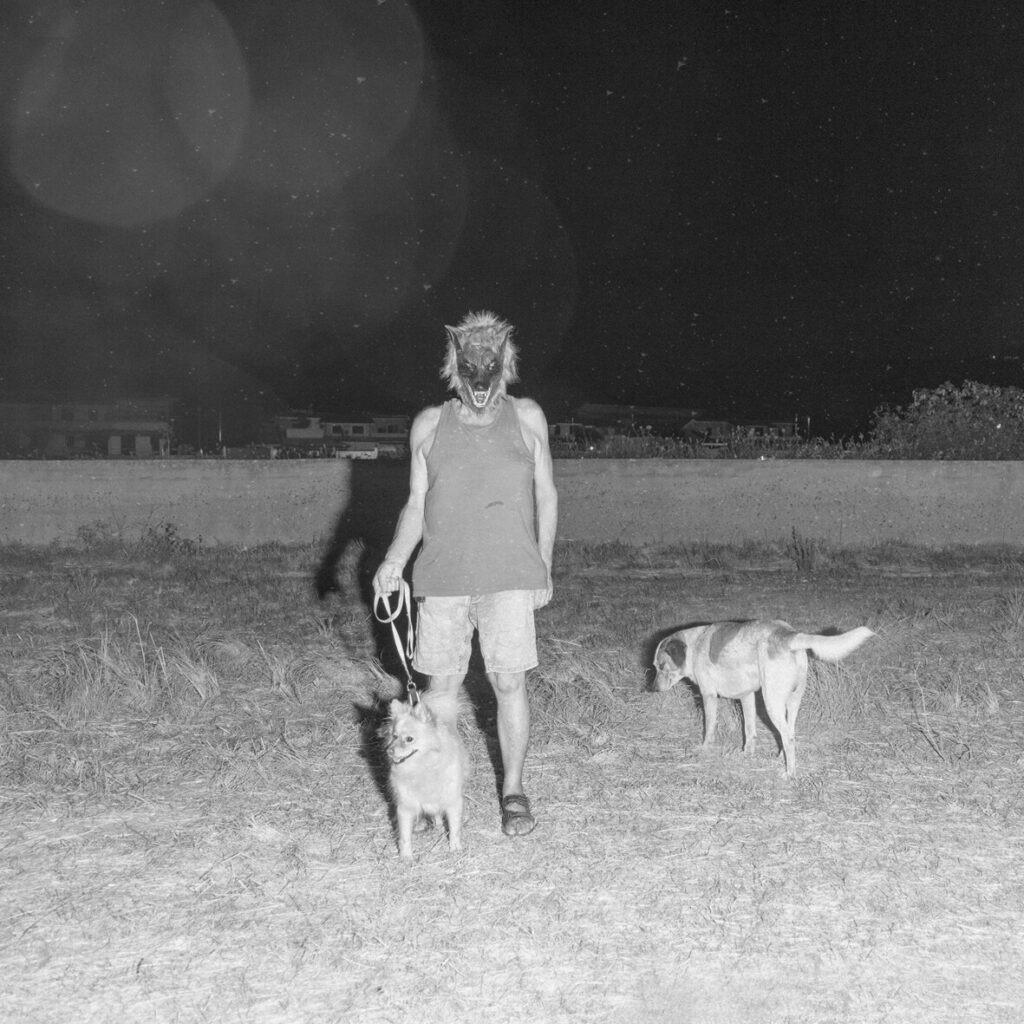 Is your imagery, but probably also your narrative and the themes you deal with, somewhat influenced by the place you come from? What do you think is the strongest influence that Calabria exerts on you as an artist?

Calabria plays a very important role in my artistic production. In reality, the bond with my land has always been very weak, I lived it with great detachment and couldn’t wait to escape. But it was precisely when I moved away that I began to realize the strong influence it exerted within my works. I always had the feeling that I saw it in black and white and that I was able to bring out all the color only after I walked away. I believe that the colors that characterize my works are, to a certain extent, part of my roots. Going back even for a few days gives me a lot of artistic input. Calabria is the starting point of all my work, even if it’s often presented as an altered territory. The continuous alternation between reality and fiction is an aspect that very much recalls the Calabrian popular tradition. With all its contradictions, it pushed me to travel, to get out of my comfort zone and paradoxically to do research on topics which are considered uncomfortable too. 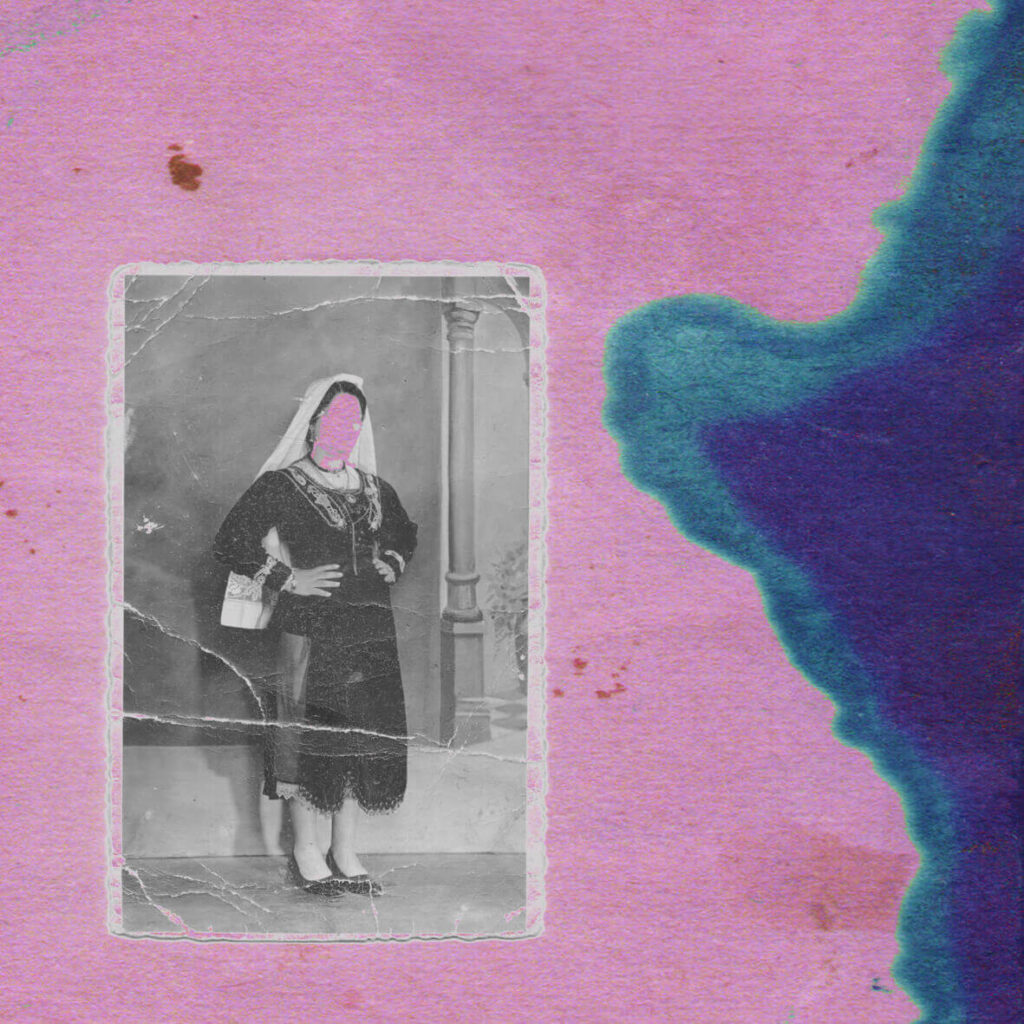 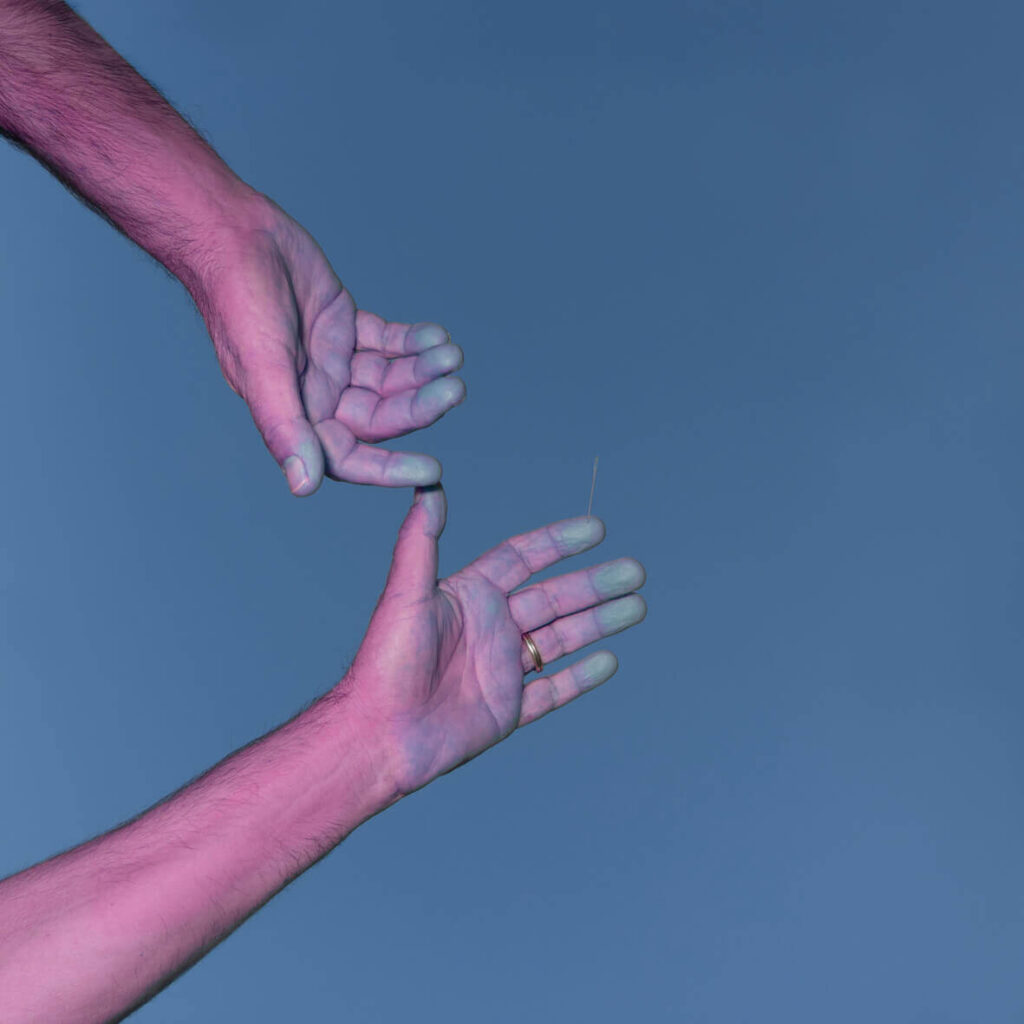 In “Homo Saurus” you try again to take on an experimentation between fiction and documentary, between science and conspiracy. Tell us how did you get the inspiration for this series and how you visually constructed this work.

I had a number of friends on Facebook who often shared posts from famous people who seemed to physically recall reptiles through television distortions. This is how I discovered the existence of conspiracy theories on Reptilians, browsing the home of a social network. In short, there is a conspiracy theory that focuses on the existence of reptile-humanoids, which are all in position of power and give us a distorted view of human history and the world. Such beings, wearing specific costumes, are able to take the same appearance as human beings. According to conspiracy theorists, most of the important figures in show business and politics are actually reptiles. To tell the truth, there is no real theory, each conspirator has a personalized one and very often there is some references to flat-earthism. As a result, I started to get interested in the subject to have fun, it seemed absurd that someone could really believe it. Then I did more in-depth research and I felt the need to go beyond the surface to understand how, despite the scientific and historical evidences, there is a need to question any aspect of our existence. I literally infiltrated the conspiracy groups with fake profiles so that I could also have a direct contact with them. The images of ‘Homo Saurus’ bring together excerpts from comments and texts written with the intention of reconstructing the history of humanity through the eyes of these conspirators. To create the great visual encyclopedia of the project I used constructed images, photomontages, but also elements of my daily life. Potentially any object, any event could be proof of the existence of Reptilians. In a nutshell, I started with really existing phenomena and objects that are materialized with clearly fake images. What is false has been made real, while what is real has been made artificial.

I’d like to know how you work: could you let us enter your mind and tell us how you create a series? Tell us a little about the process behind your works.

Basically, I am very rigid and schematic when I make a series. I need to follow the same modus operandi and work step by step. The research phase is the longest and most complex one, but also the most important. Before working visually, I need to know the subject I’m going to deal with very well. Paradoxically it’s the phase that interests me the most, precisely because in most cases I try to tackle issues that I know little about and from this point of view I consider it a great enrichment. After identifying the salient points of the topic, I usually sketch the diagrams that broadly describe the main photos, at the same time I’m already trying to build a linear narrative. For me it is important to well pre-visualize the work composition and to maintain a certain narrative and stylistic coherence. I then try to build the images keeping them as close as possible to the initial idea. In the last phase, the most creative one, I let myself be inspired by the surroundings, by random events and rediscovered photographs.