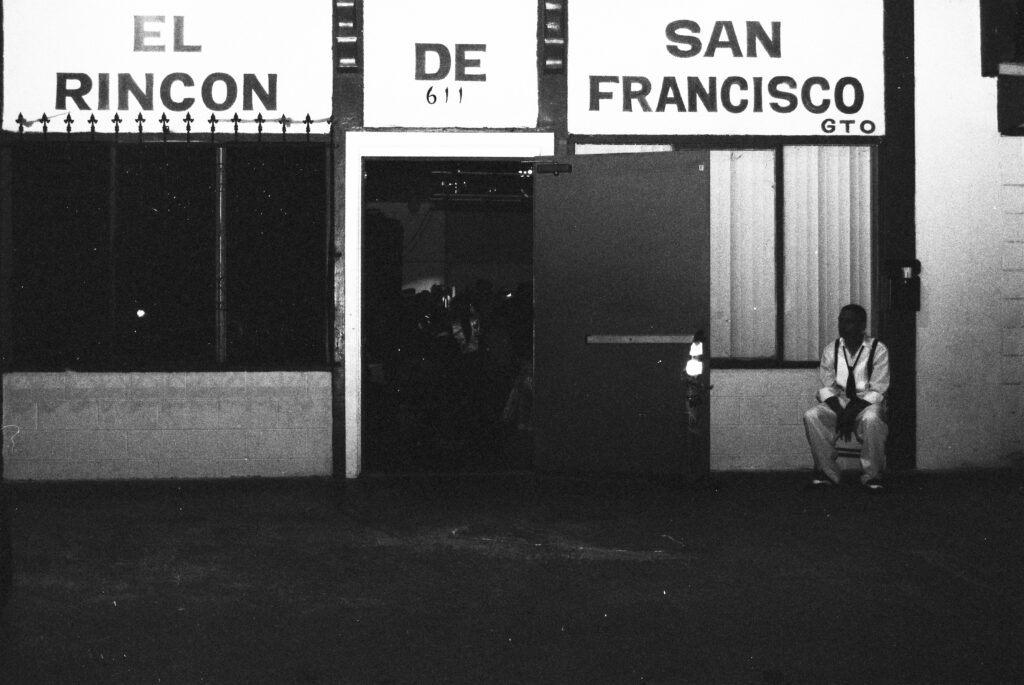 Julian Lucas (b.1974, the USA) is a Los Angeles-based photographer whose aim is to challenge social norms through his photographs that range from fine art to photojournalism, always true to analogue techniques. In 2015, he founded Mirrored Society – a photo bookstore cherishing a worldwide collection of finest photobooks. In 2018, he launched Print Pomona Art Book Fair to host independent photobook publishers and sellers, later leading to the creation of The Pomonan – a digital platform for independent and censorship-free journalism. Currently, he is in the process of setting up Mirrored Society Center for Photography which will function as an extension of Mirrored Society Books and will operate as a gallery.

In an interview with Discarded Magazine, Lucas talks about socially engaged photography and his photography platforms.

Could you please tell our readers briefly about your background and perhaps how did the medium of photography enter your life?

I am originally from the Southside of Chicago. I moved to Inglewood, CA when I was 6 years old. Thinking back, the medium of photography became apparent when I discovered the images on album covers. I had always been fascinated and curious about when and where images of the singer were taken. I guess that’s kind of weird right?

Which camera/s do you use and why strictly black-and-white?

I primarily use a 35mm SLR camera, although I have many cameras including medium formats. The reason I work primarily with black and white is because it’s timeless. Black and white film is also what I began the photographic journey with.

Humans see in color, meaning we are used to seeing this way. Many times, we miss out on seeing the importance of an image. To me viewing a black and white image translates alternatively which can draw in more attention to detail and see images differently.

[…] Humans see in color, meaning we are used to seeing this way. Many times, we miss out on seeing the importance of an image.

Just by yourself, you manage Mirrored Society Books, Mirrored Society Center for Photography, The Pomonan, Print Pomona Art Book Fair alongside working on your personal projects. Isn’t it a bit schizophrenic or is it that without one, there wouldn’t be the other?

The idea of the Print Pomona Art Book Fair came about two years after the physical bookstore closed. The planning was intense. The goal was to bridge the gaps that were missing. Meaning there are many zine fests in the area. So, my idea was to harness and include makers of zines and incorporate artists’ books in specific photobooks and the importance of both as an artistic medium that many in the community don’t understand. Many feel the books are just “coffee table books” that are mass produced and can be purchased from Amazon!!!

Mirrored Society Center for Photography, is an initiative that came from an idea I had for the community I live in.

Where I live photography isn’t taken seriously and rarely there are exhibitions that include photography. However, 30 miles west in the city of Los Angeles there is an over-abundance of galleries and spaces that exhibit photographic works. So, there is and has always been a disconnect, which is unfortunate. In addition, I have always wanted more for people who have disadvantages because I was one of those people. Therefore, I had always had the idea of opening a Center for Photography for the community.

The Pomonan was originally called Pomona Voice, which was mostly about local stories. I was sent a cease-and-desist letter by a local publication because of the name. I really believe they fear the competition, although they’ll never be on my level hahaha!!! Anyway, The Pomonan, although not considered a “local” platform, I revamped it to bridge the gaps and fill a void that has existed in the community where I currently live for decades. I usually don’t write about local stuff; I leave that to the local yokels. I write about issues that are purposely left out of the local news. I feel The Pomonan relates to youth and adults who are tired of a publication that only highlights city government and businesses but does not hold city government or businesses accountable. To me, that is only “PR”, not real journalism.

The Pomonan also incorporates the arts, especially photography and books. Both artists’ books and now literary since I have opened BOOK-STORE by Mirrored Society Books. This means I have two bookstores!

I can say there are more eyes on the arts, especially photography, and books now. I will continue to create a book culture and not a follower culture here.

Based on which criteria do you select the titles for your photo bookstore?

Great question! I have never thought about this… I think I select based on the story or message of the book. I research the photographer and edition size. However, there may be a particular book that may have a larger edition size that I may consider depending on who the photographer is. Lastly, how the book is made, including the paper choice and binding.

[…] I can say there are more eyes on the arts, especially photography, and books now. I will continue to create a book culture and not a follower culture here.

What do you want to achieve with your photographs and photo-related platforms?

Well, I study many genres of photography. Within the documentary aspect of my work What I would like to achieve is to create an archive of the present to be able to look back and appreciate the achievements of the future. Many times, my history gets lost or discarded, purposely. Cities can’t seem to be truthful about their own history, which leads to further issues. From my observation’s cities want to water everything down to be cookie-cutter and you and I know that isn’t life. They only want to remember the history back in the 1800s or the 1950s, but they don’t want us to remember the crack cocaine era that ripped cities to shreds.

[…] Many times, my history gets lost or discarded, purposely. Cities can’t seem to be truthful about their own history.

In your work, you tend to photograph your immediate surroundings and the people that occupy them. Particularly, you portray their struggles and daily life. What does socially engaged photography mean to you?

Socially engaged is planting the seed to social commentary and teaching, although I’m not a teacher. I have many projects that involve drug addiction, self-harm and homelessness. Many people have an idea of homeless people. They all are pushing a cart and they all hang out getting high on drugs, but many don’t understand there are college students living in their cars because housing is too expensive…

Since you produce a form of social commentary by documenting protests and the less fortunate in society, how are your projects received by the local community?

Anytime I document historical events, I usually get challenged by those who want to continue their narrative, usually along the lines of racism and bigotry. Therefore, it’s not well accepted. If I am documenting the landscape or the city, I also get the same pushback. I have even been accused of photographing blight and taking it to the more affluent areas and selling and making money.

To me, I feel it’s a contradiction because there are American photographers, mostly white men who travel to other countries to document tribes in many different countries. They especially focus on the women within these tribes who are topless or lack clothing. They come back with their narrative of how these tribes live.

Therefore, how are we supposed to know what is true or not? My situation is that I live in the community, and I know the history.

In what ways do you think photography can bring a change to society?

Photography can bring about change through education (Mirrored Society Center for Photography). The continuance of photobooks and zines. Libraries archiving zines and photobooks, which I am also building in addition to all the other projects, but it’s not live yet. So now you know I never really sleep.