Akkara Naktamna was born in Bangkok in 1979. Began shooting as a self-taught photographer around 2008 influenced by Elliott Erwitt’s book and comedy movie called Pecker. In 2012, he co-founded Street Photo Thailand. Akkara was selected as finalists of street photography competitions and photo festivals such as Miami Street Photography Festival 2013, Singapore Photo Festival 2016, Photo Bangkok Festival 2015 and 2018. “Signs”, his zine was made in 2016 after his solo exhibition, it was collected by Franklin Furnace Archive and MoMA Library as part of the Anamorphosis Prize. Akkara created an e-magazine called CTypeMag to promote interesting contemporary photographic works around the globe. In 2021 he started CTypeMag as a photo gallery in Bangkok.

What is your approach to the medium of photography?

Similar to other people who use a camera or photography as a tool in their daily life, taking pictures when journeying or collecting family events; no meaning more than ‘a tool’. The turning point came from a movie and a photo book around 13 years ago. Pecker is a movie from the 90s, it’s about a guy who’s crazy shooting anything in his hometown. After watching I immediately grabbed a cheap film camera with a B&W roll film like in the movie and shot a lot of things. Predictably the result wasn’t quite good but that was the first time I knew that a camera is not just a tool but something aesthetic. Another thing is an Elliott Erwitt’s photo book discovered while strolling in a bookstore. Like a big bang in my photography life from one photograph; the hobby became serious after that. A famous photograph of a guy who has a dog’s face was stunning to me, street photography was it and everything began from that point.

[…] It’s very dark because of being carbon that’s like no-name artists actually.

Tell me about CTypeMag, how was it born and what is the purpose of your platform?

After spending time with street photography for a while. I became interested in other fields of photography, especially conceptual or contemporary photography which has to be a photo series rather than a single photo and also, marking a photo book is one thing I like. In that time there were less of places online providing for featuring works from nobody or unknown artists (like me for example). Thus why don’t we have some place like that similar to other countries like the USA, Europe, or Singapore. So that question became an idea to have CTypeMag. C- Type is a kind of asteroid in the solar system. There are 3 types; S-Type, M-Type and C-Type. S stands for Silica, M is metallic, and C is carbon. Definitely S and M can reflect the light easier than C and C is the most asteroid can be found in the solar system, around 75%. It’s very dark because of being carbon that’s like no-name artists actually. They have a lot of potential but have to be found like a C-Type asteroid and cut until they shine. So I was thinking of myself and started creating CTypeMag platforms then. 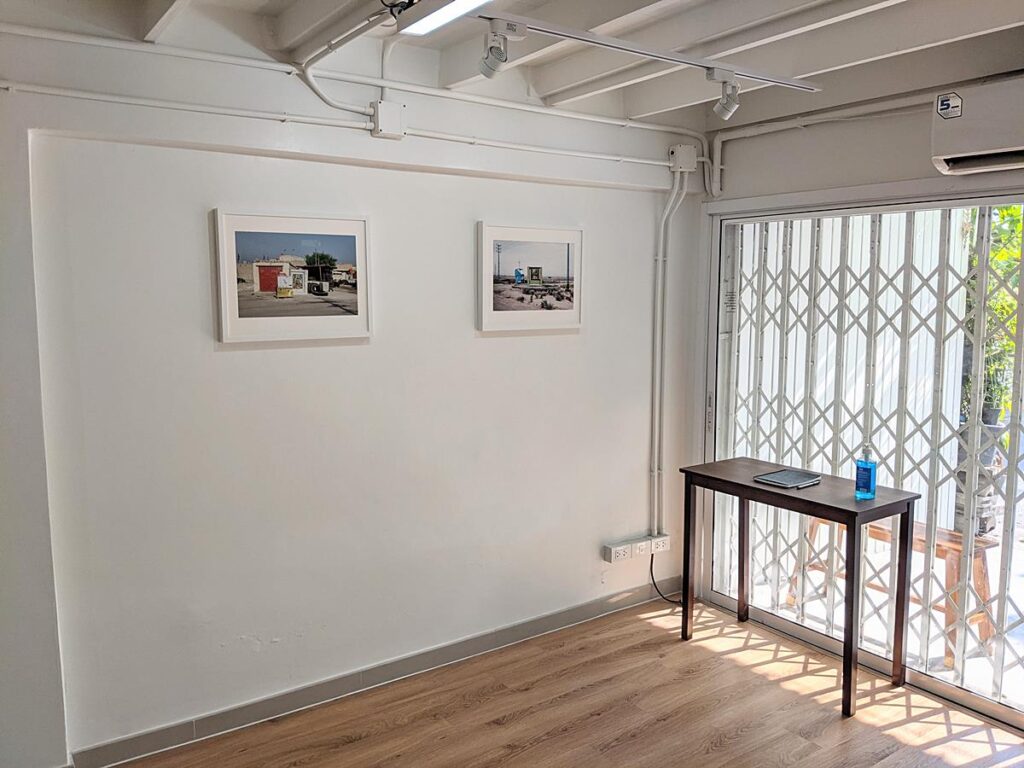 Did you have the idea to build a gallery from the start or did it come along with the magazine?

At first it was just an online magazine. The gallery is like a dream which actually it should happen in the future some time but not soon. One day, after 4 years founding CTypeMag, I read an article ‘The Benefits of Inconvenients’ that describes living in the modern life which is very fast and unmemorable. It’s like seeing art on a mobile phone or virtual exhibition tour; comfortable but lacking feelings and memories. This idea was floating in my head after that. The Covid-19 emerged, people lost their jobs, some died, because the government was ineffective. There was no certainty in everything and maybe I will die while the dream is still the dream. So I decided to create CTypeMag’s gallery in the time I can. I hope It will be a place where people can see photos inconveniently, slowly, and fill their feelings and memories with printed photographs and talking with artists and curators.

[…] maybe from the awakening of young people about sociology or politics in the past years in Thailand made us find new ways to expose our thoughts.

What are your observations about the art market in Bangkok?

Especially photography, I see a lot of Thai photo-artists emerging and finding their own styles; maybe from the awakening of young people about sociology or politics in the past years in Thailand made us find new ways to expose our thoughts. Also the photography communities and spaces are rising in this time to support those artists such as HOP and Arctribe for example. That’s such a great signal here.

Most of the galleries often give visibility to already established photographers instead your research tends to enhance lesser known photographers,How do you select your photographers?

Actually CTypeMag is quite open for different levels of artists. But one thing as mentioned, this place reminds me who is not ‘S’ or ‘M’ type. So to find and support ‘C’ types who have excellent works is what CTypeMag is focusing on.

So far, the selection from the latest open calls has a certain aesthetic and affective pattern, reflecting on contemporary photography… Could you please share with our readers what are your plans for the next open call?

The next call should be wider from ‘lens-based’. I’m thinking about ‘photo-basd’ which will open for many artists joining CTypeMag’s community and maybe not only ‘photo series’.

You can view more of C-Type Gallery on her website and socials.